“WARABISTAN”
- The Kurdish limbo in Japan -

In a country like Japan, with increasing demographic crisis and shortage of workforce and expected to face a steady decline of its population, the word "immigration" arouses suspicion, fear, and diffidence.
In 2016, Tokyo only accepted 28 out of 10,901 asylum seekers. None of these is Kurdish.

Yet a community of about 1,300 Kurdish refugees has been established in Warabi, a working-class district in the northern suburbs of the Japanese capital. A sense of pride and the historic search for identity have pushed these people to rename this area "Warabistan". Living in complete uncertainty, the Kurdish people are poised between legality and undeclared work, temporary permits, arbitrary controls, and the risk of expulsion. As in a modern Dantesque limbo, the protagonists are unaware bearers of an original sin they did not commit. They face the everlasting burden of not being accepted by a deeply nationalist society, which is reluctant towards integration and yet in desperate need for this workforce in a key sector of Japanese economy such as construction industry.

"MEIWAKU" is a single Japanese word describing a concept: the fear of inflicting the pain of a refusal on your interlocutor. This is a golden rule in all areas of Japanese society, where the fear of saying "no" is often circumvented with a complicated series of turns of words and expressions that can convey the same meaning.

Although being considered unseen and unwanted, Kurdish people do not gain political asylum but a renewable "Special permission to stay" from the Japanese state. This permit lasts from three to six months and does not allow them to undertake any work activity. Being paid in cash, with no regular contract neither health care, Kurdish workers run the risk of being dismissed without notice. Renting an apartment, opening a bank account, and even buying a phone number can be very complicated without resorting to front men.

Strict immigration laws and the low willingness of Japanese people to accept the humblest jobs have generated a paradoxical situation in which most of the Kurdish asylum seekers work illegally in the construction and demolition industry.
This is a key business sector in the country. When a house is inherited in Japan, it is tradition to demolish it and build a completely new house in its place on the plot of land of the family.

In fact, while elsewhere in the world real estate market is mainly made up of second-hand homes, they are only 15% in the Land of the Rising Sun, thus requiring a continuous demand for workforce on construction sites.
Labour shortage in this sector is what led Prime Minister Shinzo Abe to declare that Japan should invest more on elderly and women's labour force, before considering the immigrants. The urgent need to attract Japanese workers to construction sites led to the creation of a promotional website, whose motto "Women working in the construction sector are strong!" aims at convincing young people to work in this sector.

On the other hand, Japanese entrepreneurs would like the government to reform its immigration policy. With the start of the works for the Tokyo 2020 Olympic Games, labour demand is expected to rise further, which is why the construction sector is desperate for foreign workers. According to a recent survey of 259 large Japanese companies, 76 percent is in favour of opening up the country to immigrant workers. Despite this, Japan is planning not only to use thousands of new foreign "interns" to build the Olympic Games infrastructure, but also to extend the so-called "training course" from three to five years.


In this context, immigrants' children who have been living in Japan for years, who attend Japanese schools and who are struggling to integrate even though they perfectly speak Japanese, do not gain any benefit. On the contrary, if one of the parents is subject to "Kariome", their children will inherit this status, too. This is a sort of probation that forces not to leave the area of residence, prevents from working, and provides for detention in case of any failures to comply with the rules. This is actually creating further marginalisation.

In 2016, Japan was the fourth largest financier of the United Nations High Commissioner for Refugees, preferring to donate to international humanitarian organisations rather than welcoming refugees who have been living and working with its people for years. 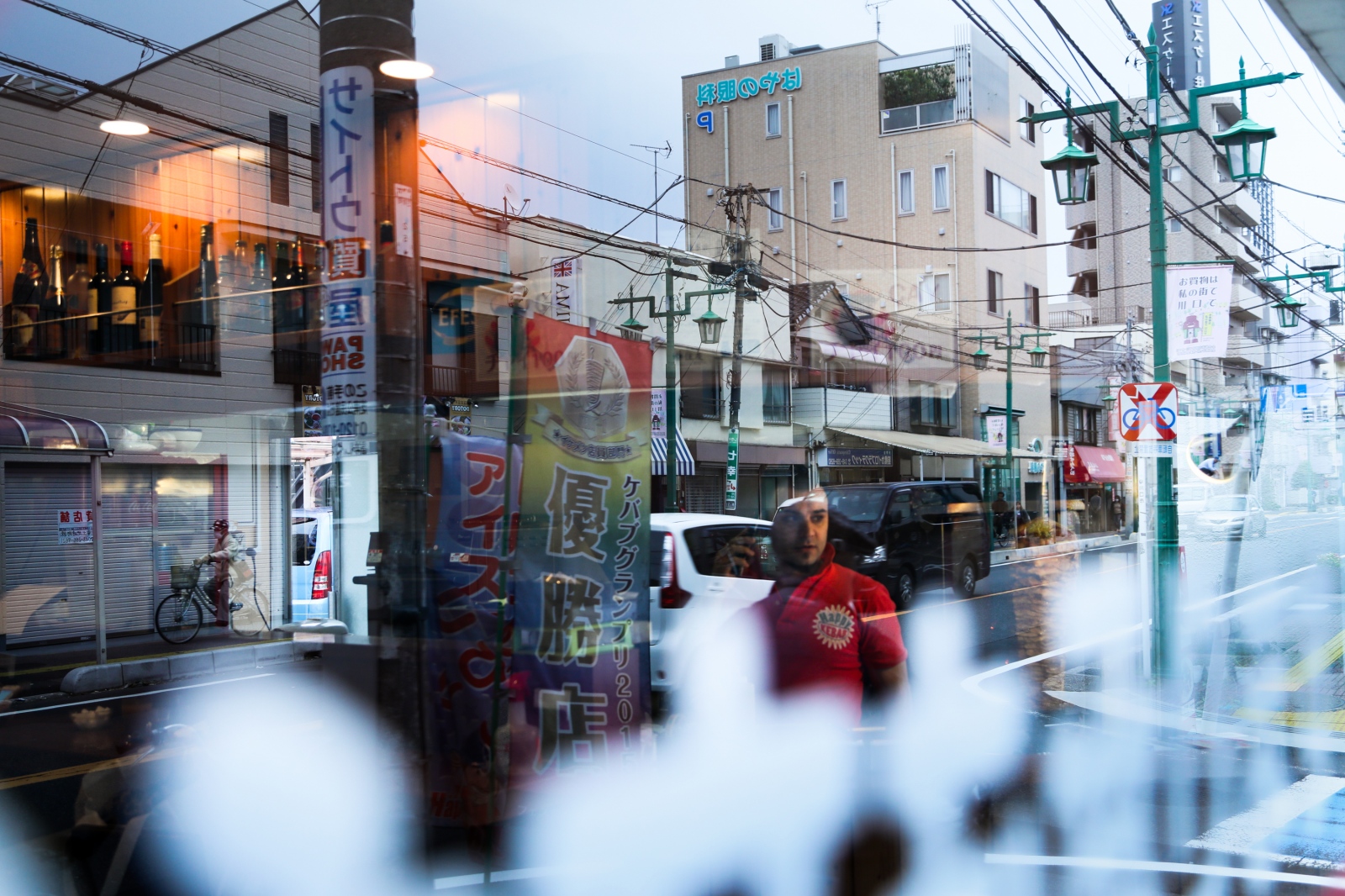 Japan, Tokyo, Warabi, 2017. Yakup Baran, the manager of Happy Kebab, came in tokyo in 2011, now is married with a japenese woman, actually this is the only way to obtain a permanent Visa in Japan for a Kurdsish. 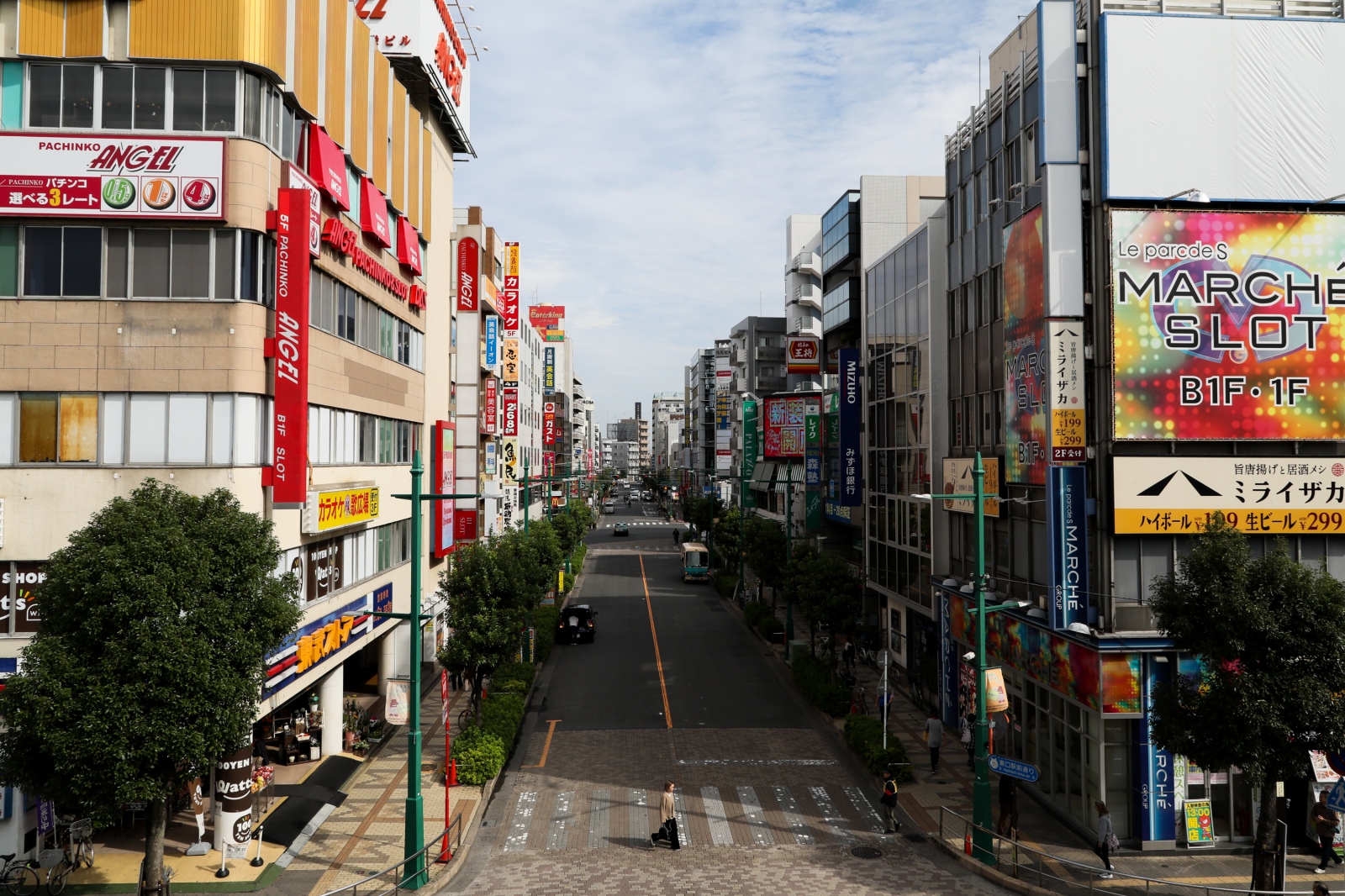 Japan, Tokyo, Warabi, 2017. A view of Warabi from the metro station. 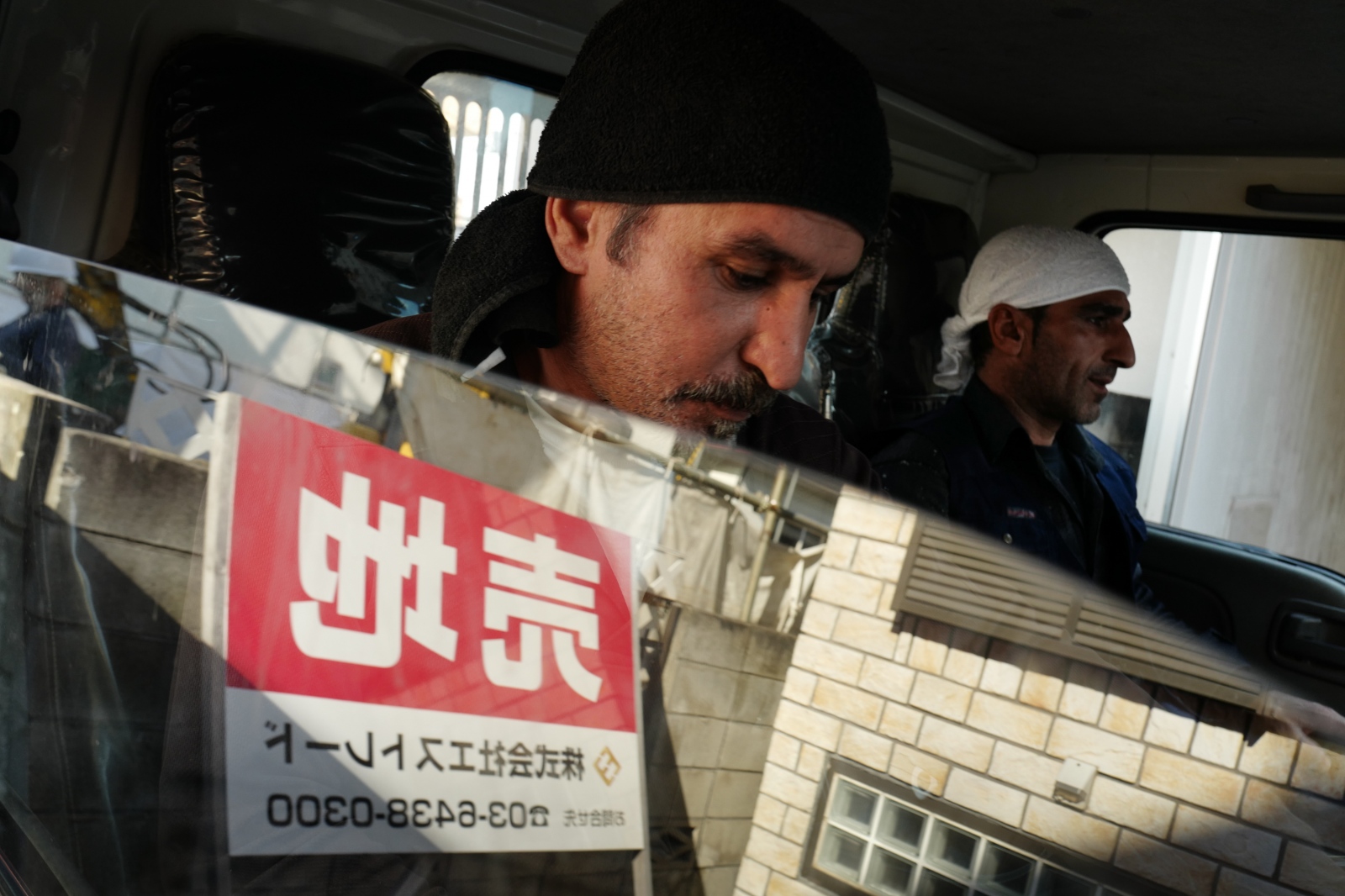 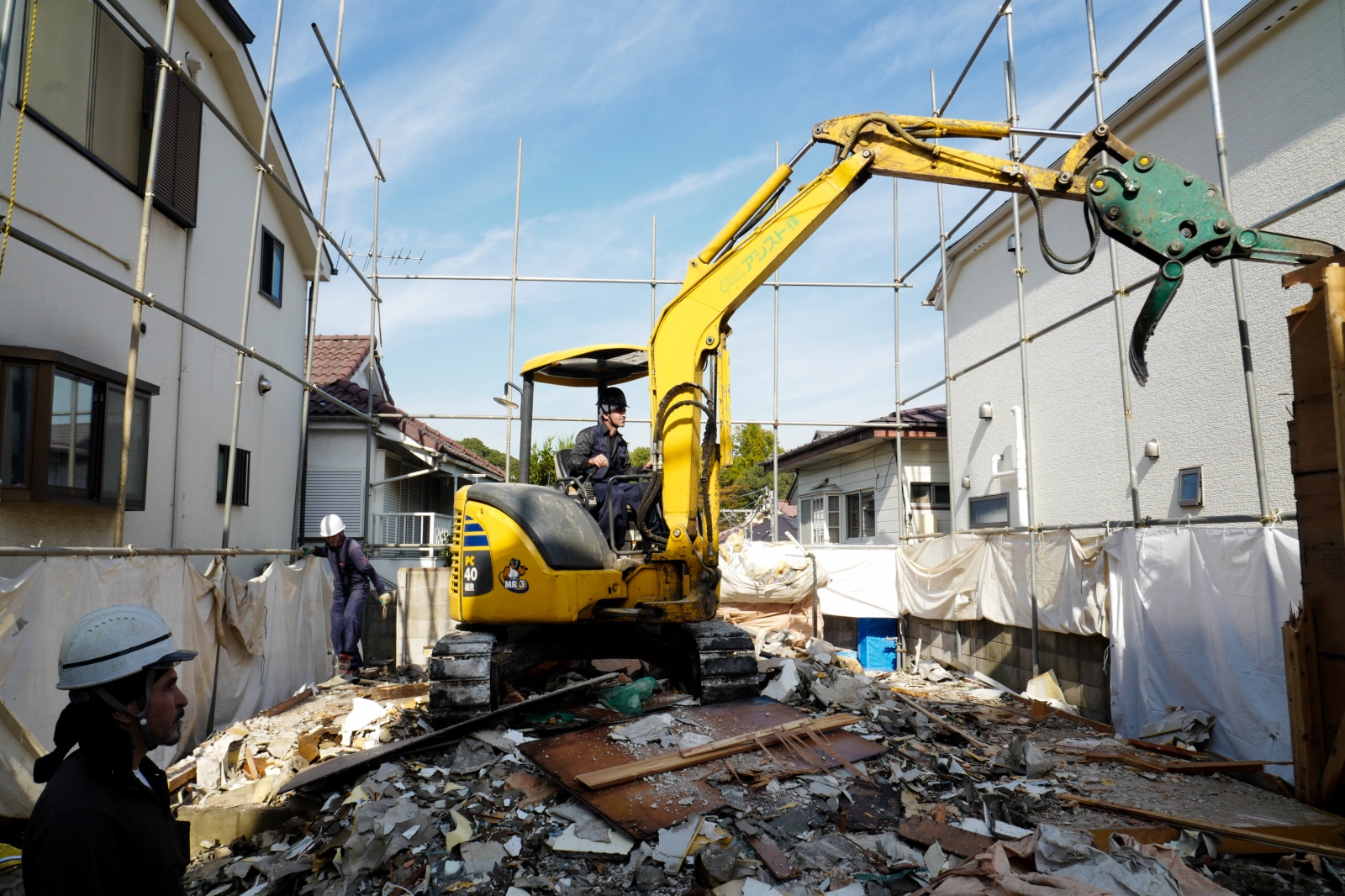 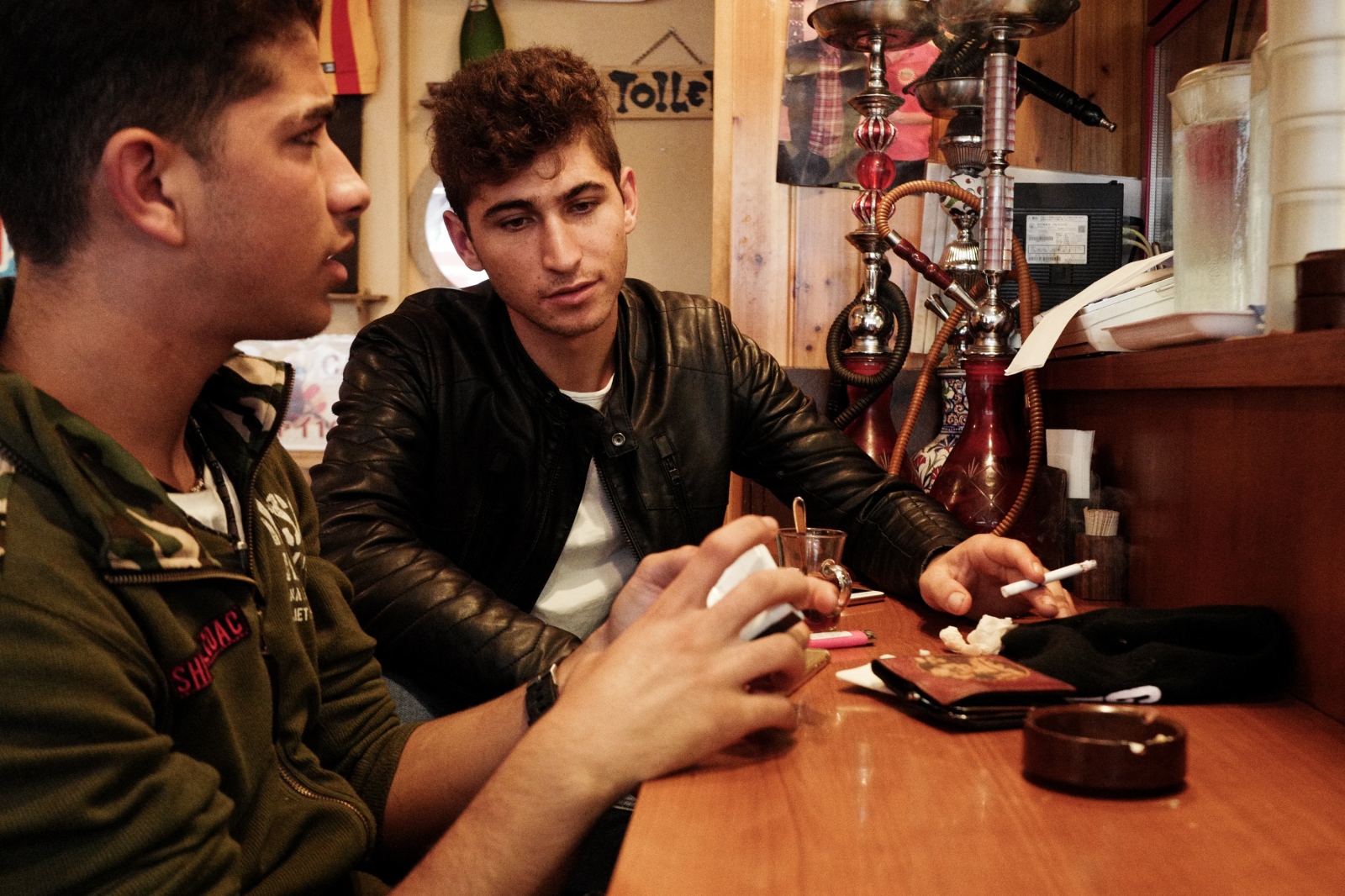 Japan, Tokyo, Warabi, 2017. Gokhan and Feti sitting inside Happy Kebab restaurant, in wich kurdish people usually meet here in Warabi. They both have the refugee status Visa that expires every 6 months. 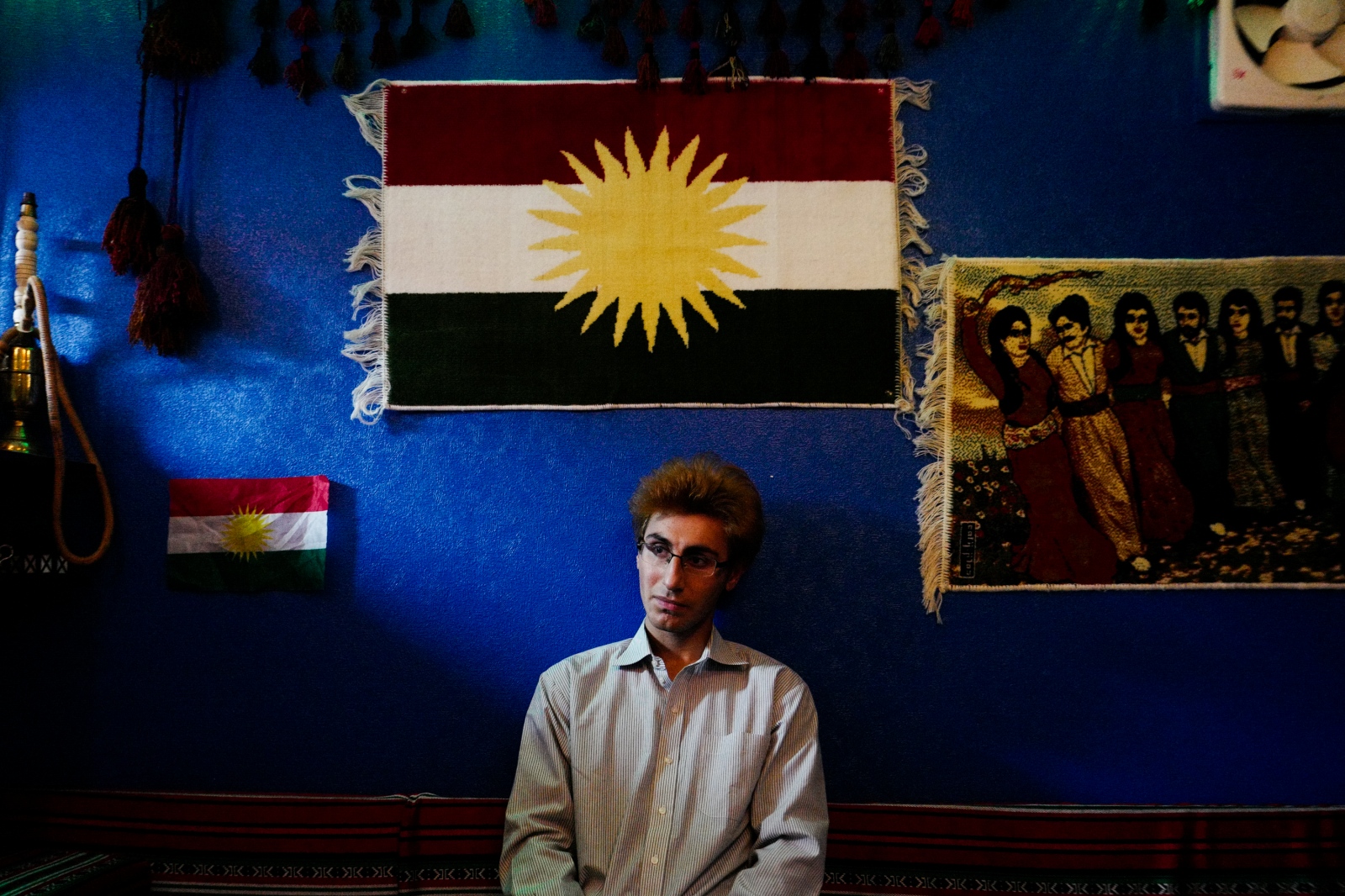 Japan, Tokyo, Warabi, 2017. Yilmaz posing for a portrait under the flag of Kurdistan inside Mesopotamia a typical kurdish restaurant in Tokyo. 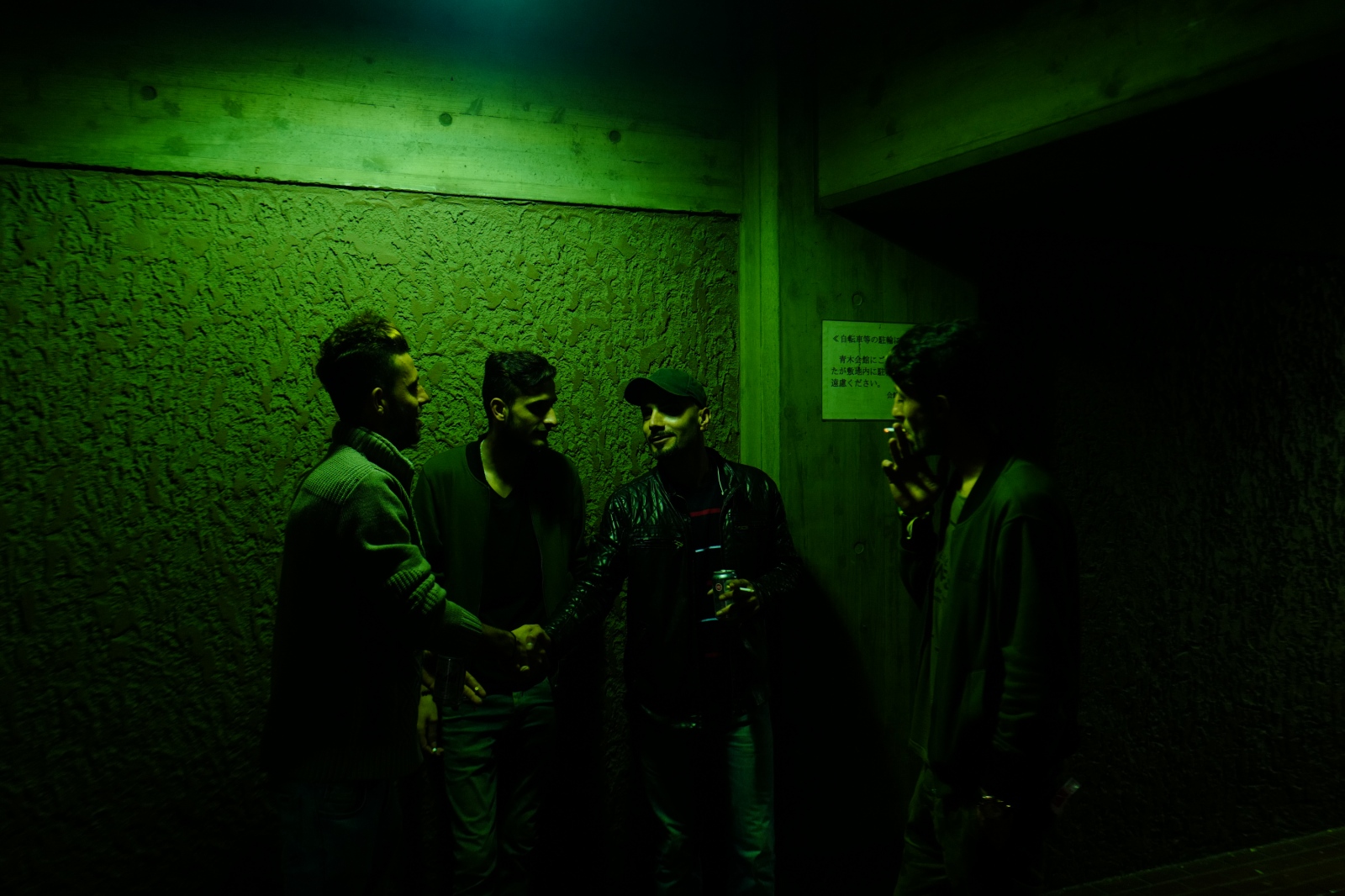 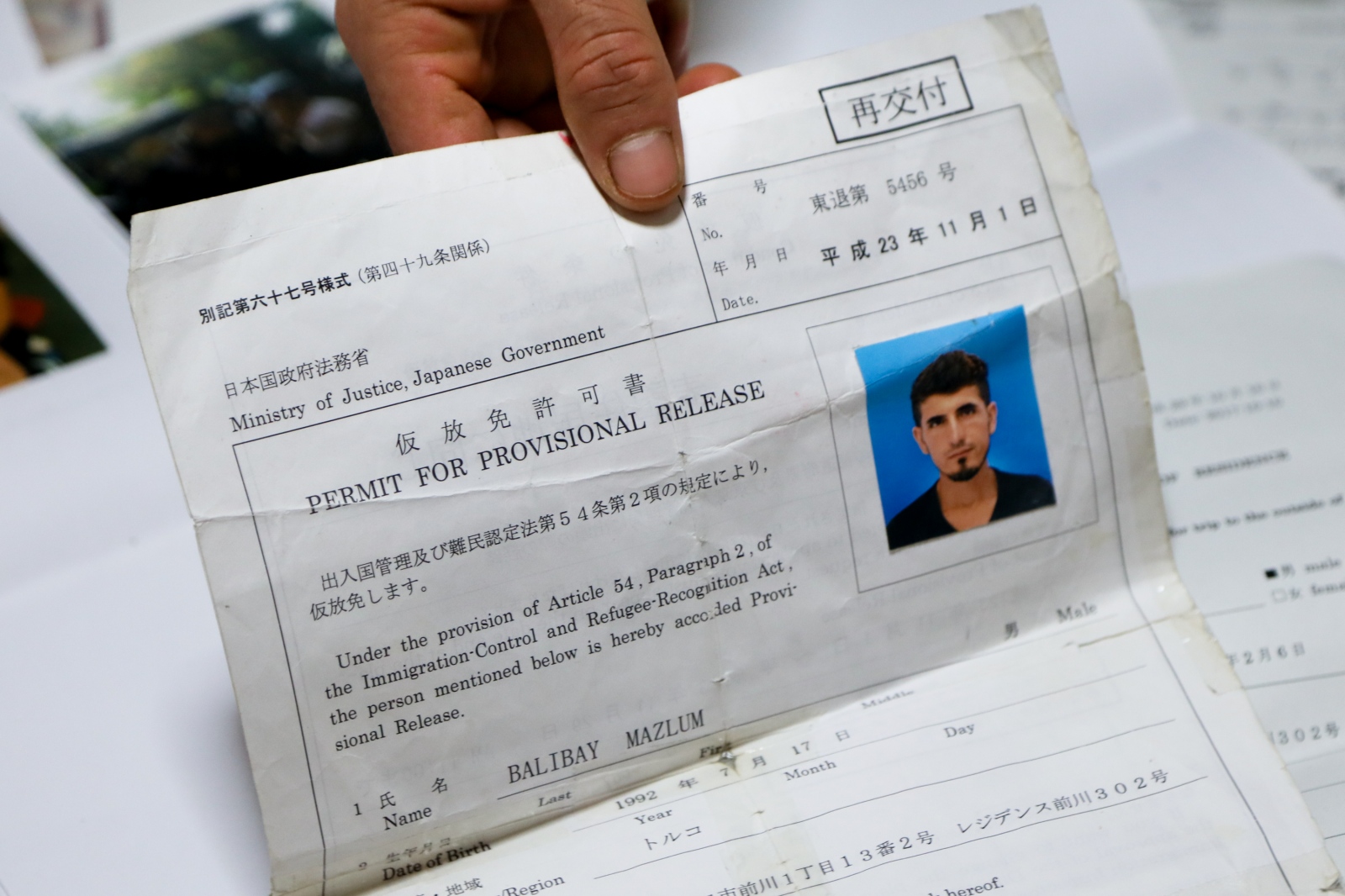 Japan, Tokyo, Warabi, 2017. Mazlum Ballbay holds his Kariome paper. Kariome consists in a sort of provvisional release given by government, of the duration of one month, during wich Mazlum is subject to a permanent control, he can't leave his district area and in every moment he could be forced to leave the country. Kariome is also a legacy, because it passes from parents to sons. 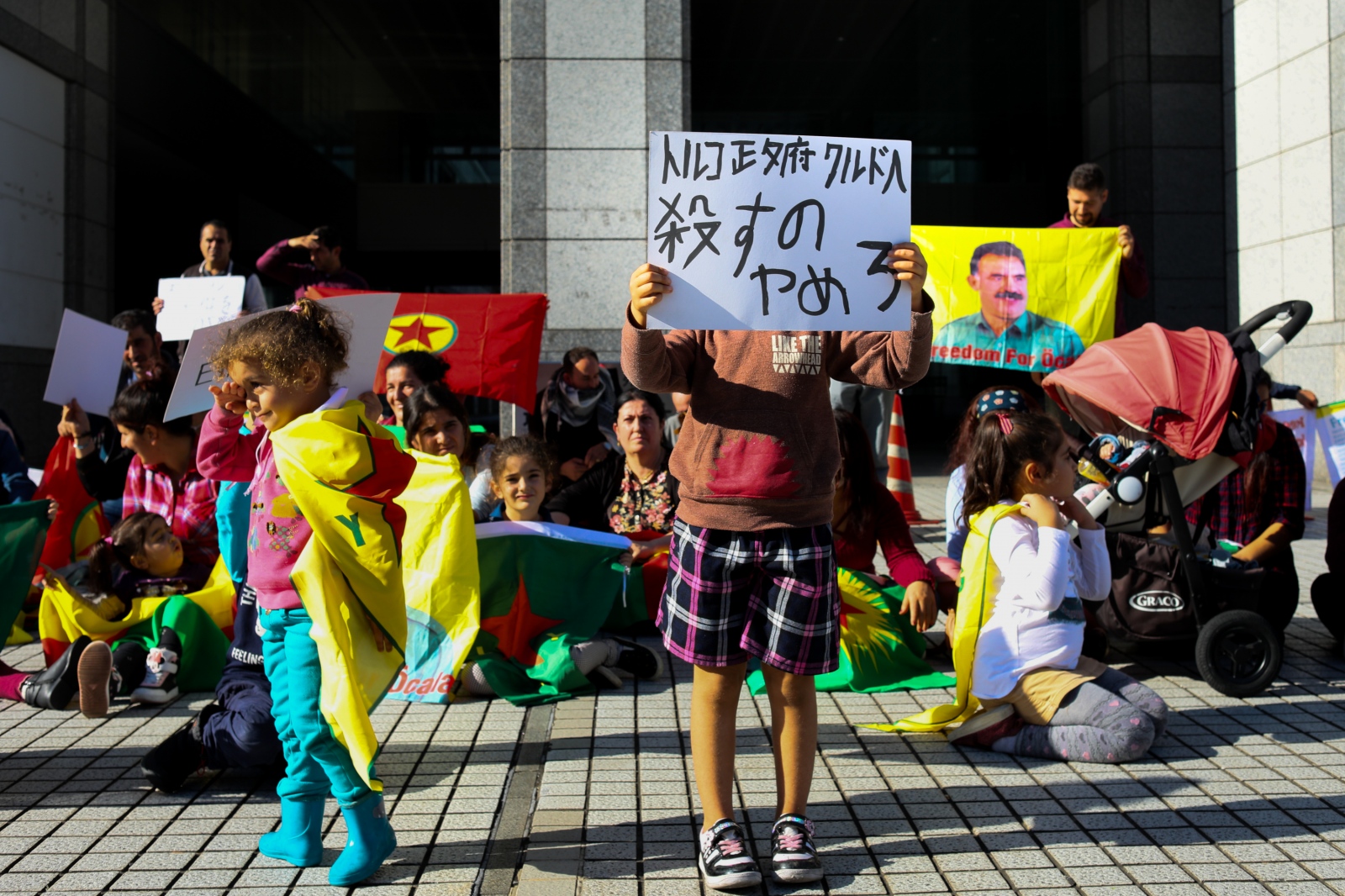 Japan, Tokyo, Warabi, 2017. A kurdish demonstration outside ONU University in Shibuya. Kurdish community counts about 1,300 ethnic Kurds who have settled in Warabi. They live in a perpetual limbo, seeking protection as refugees. 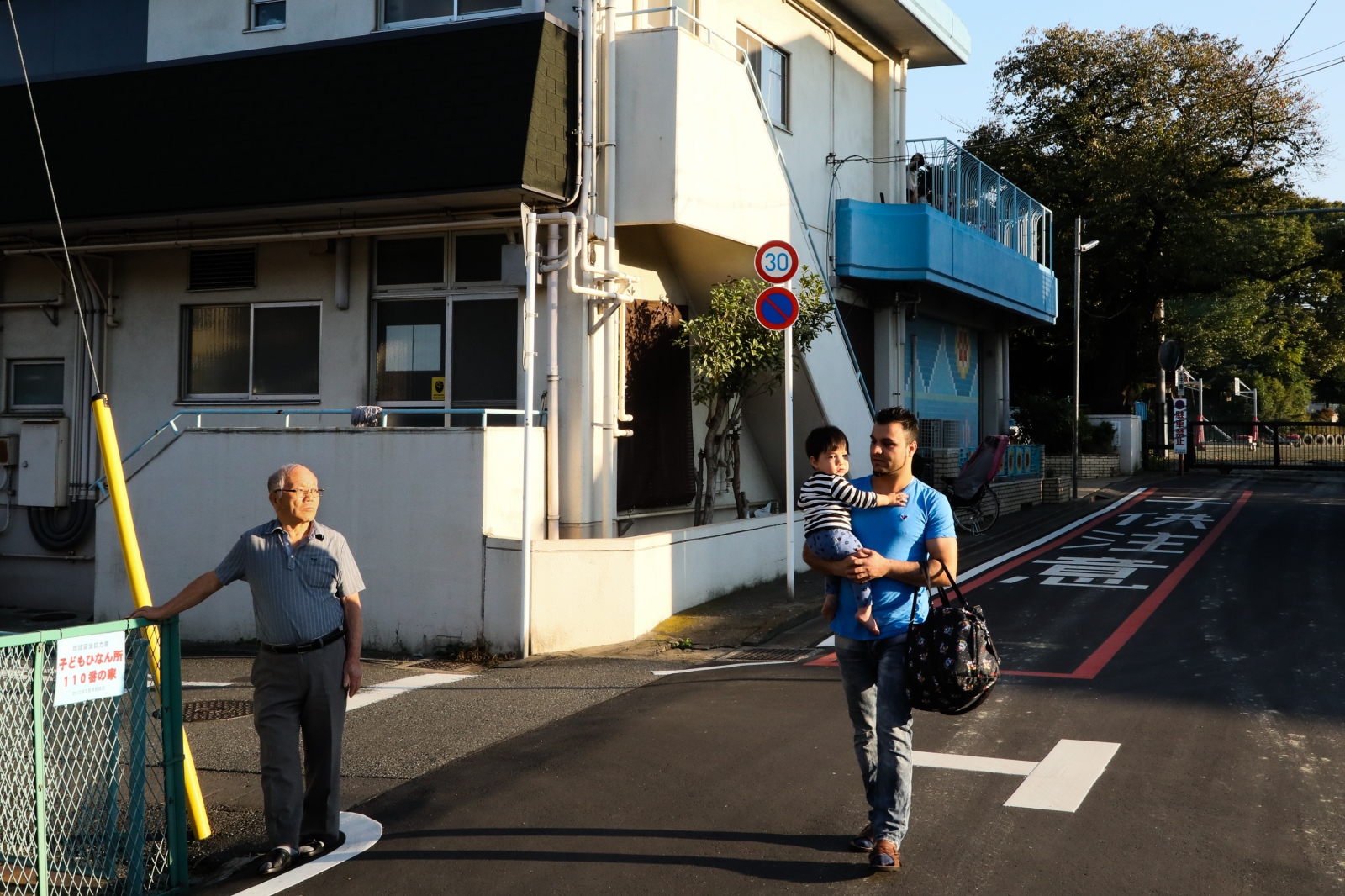 Japan, Tokyo, Warabi, 2017. Yakup Baran,31, during is day-off. He pick up his son Tsubasa, 2, at the kindergarten. He is married with a japanese girl, Ikuko, so he has japanese citizenship. 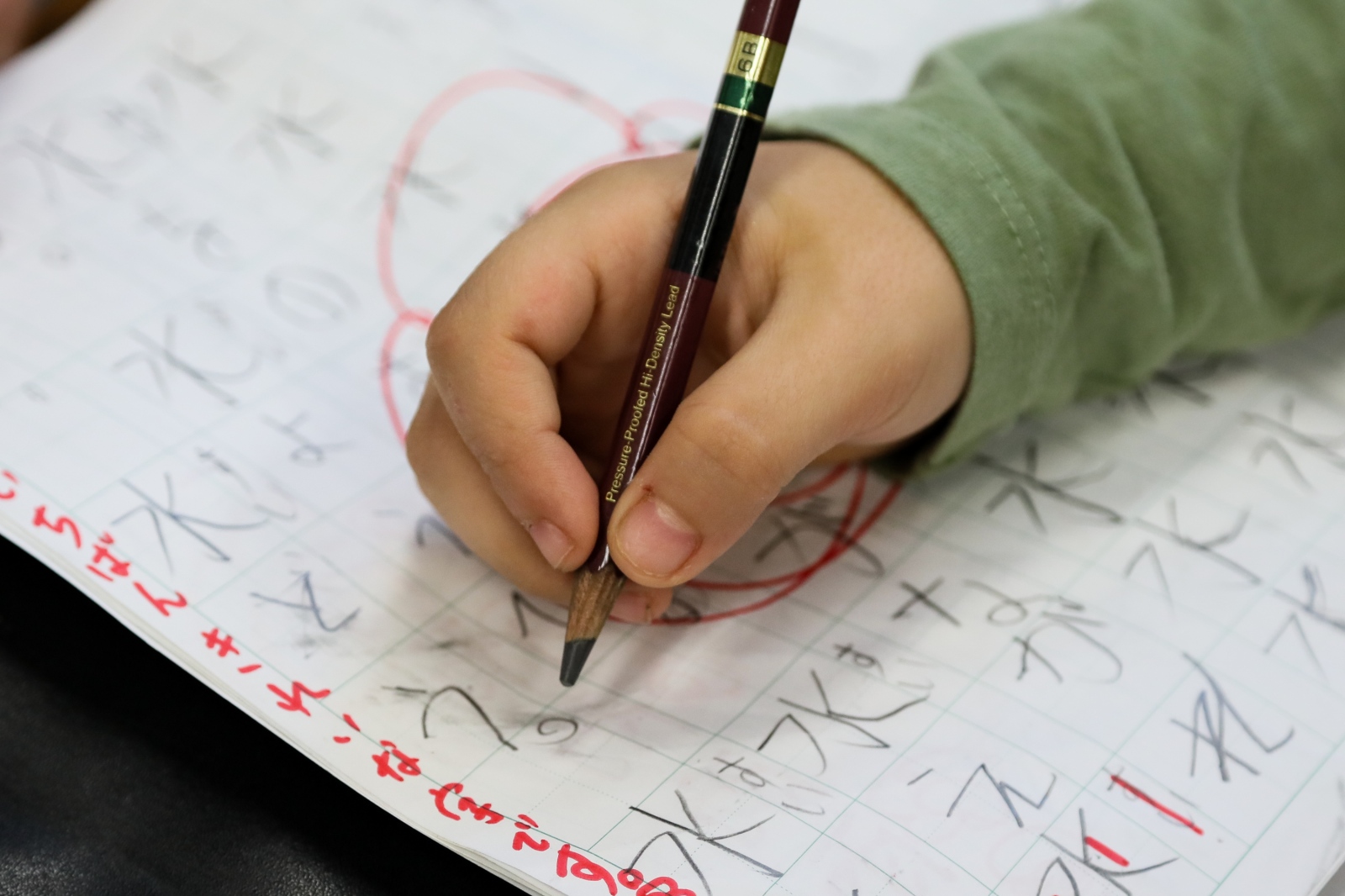 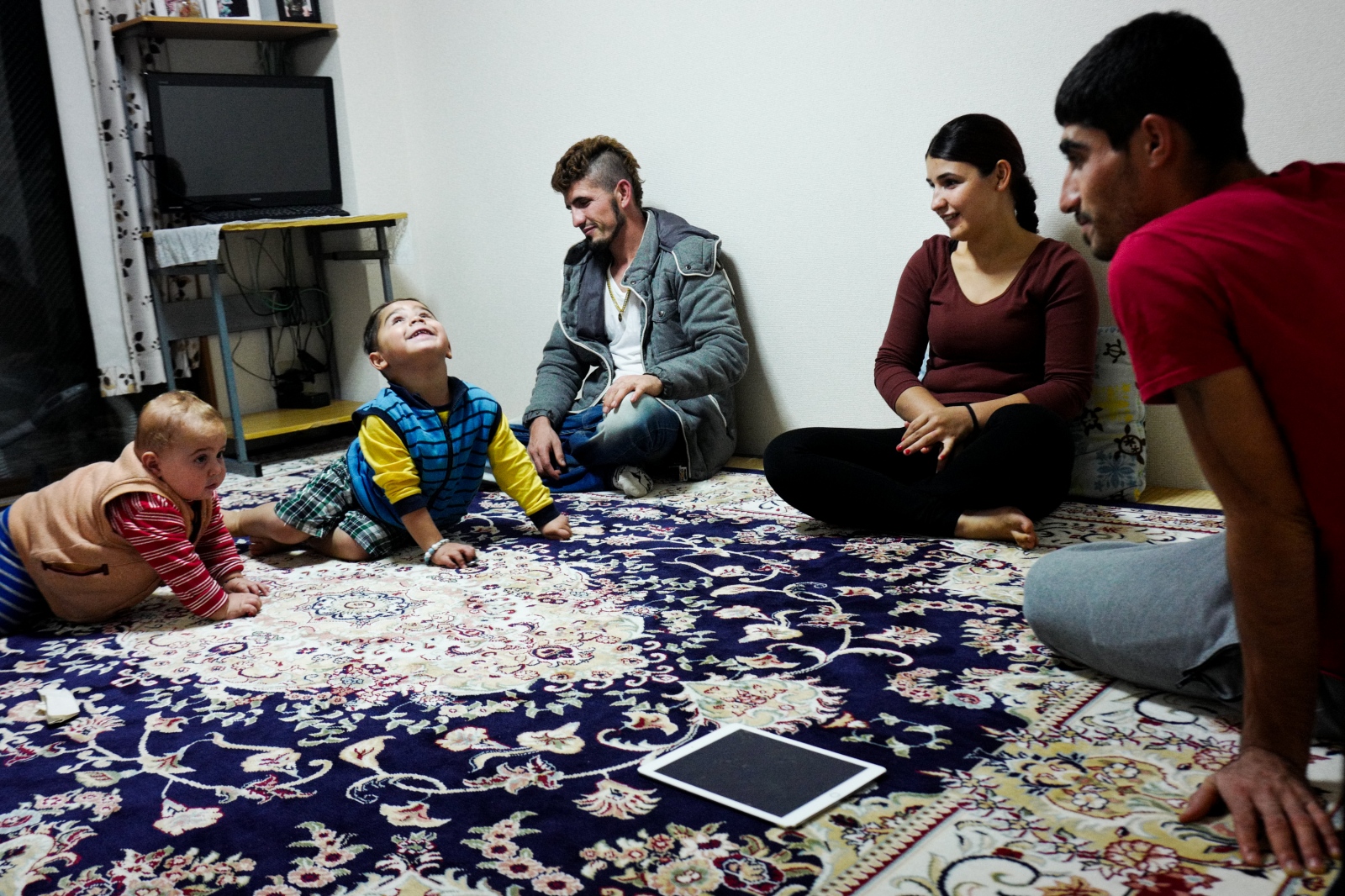 Japan, Tokyo, Warabi, 2017. From the left: Ayas, 2, Huseyin, 3, Mazlum, 24, his sister Suzan, 19 and her husband. Mazlum lives with his family in Warabi. He moved here 10 years ago, and he works in a demolition company. He tried to apply for the refugee status nine times, but he was always denied. Now, he is under Kariome, a sort of temporary permit issued by government, during which Mazlum is put under control, he can't leave his own district, he can't work legally and most of all, he could be forced to leave the country in every moment. 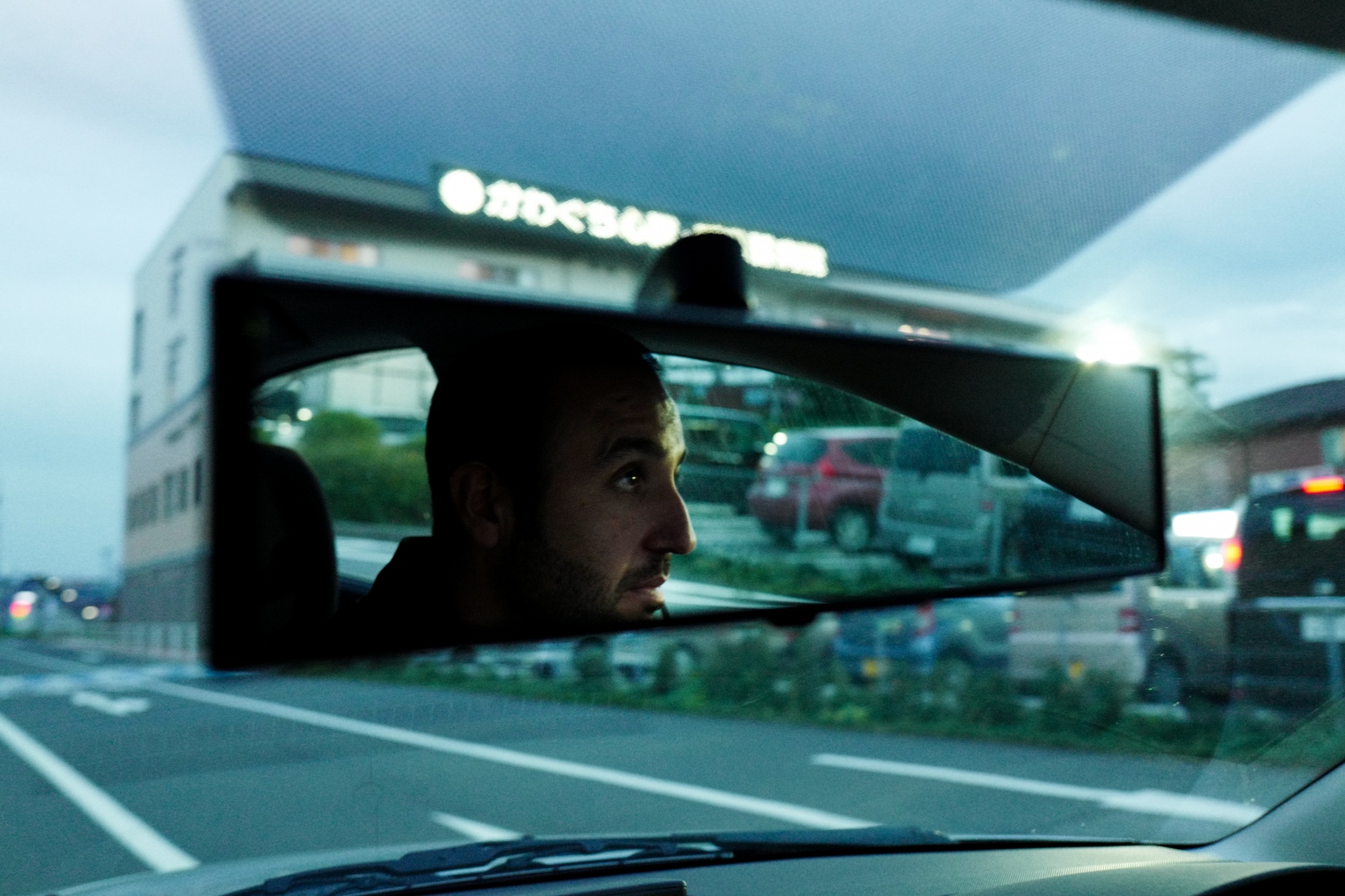 Japan, Tokyo, Warabi, 2017. Kerem Guzel, driving on the streets of Warabi, He works as a truck driver for a Turkish company. He decided to move to Australia, to open a Kebab restaurant, because Japanese society and lifetyle is too different from his personal view. 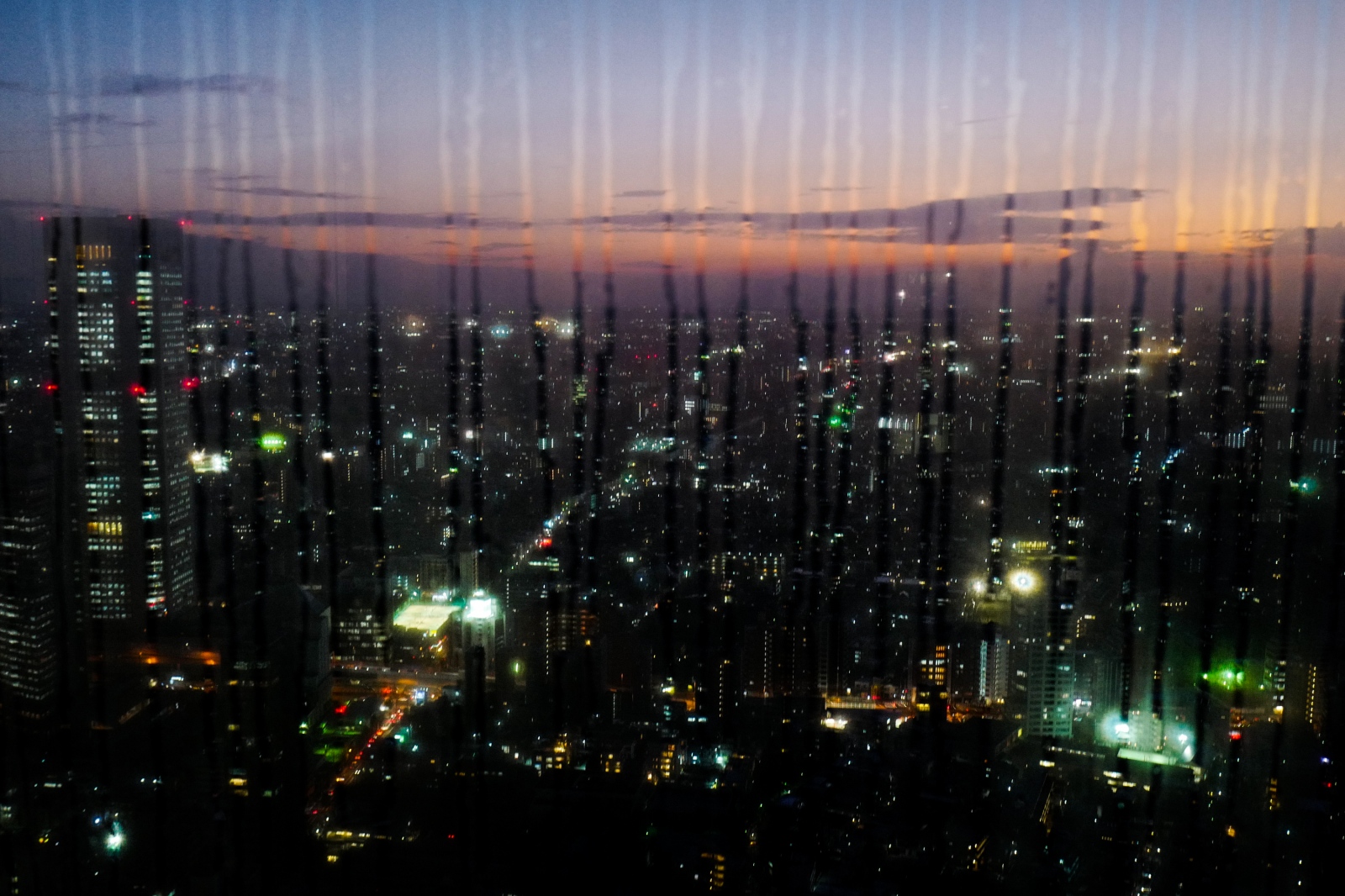 Japan, Tokyo, 2017. A view of Tokyo downtown from the government tower. 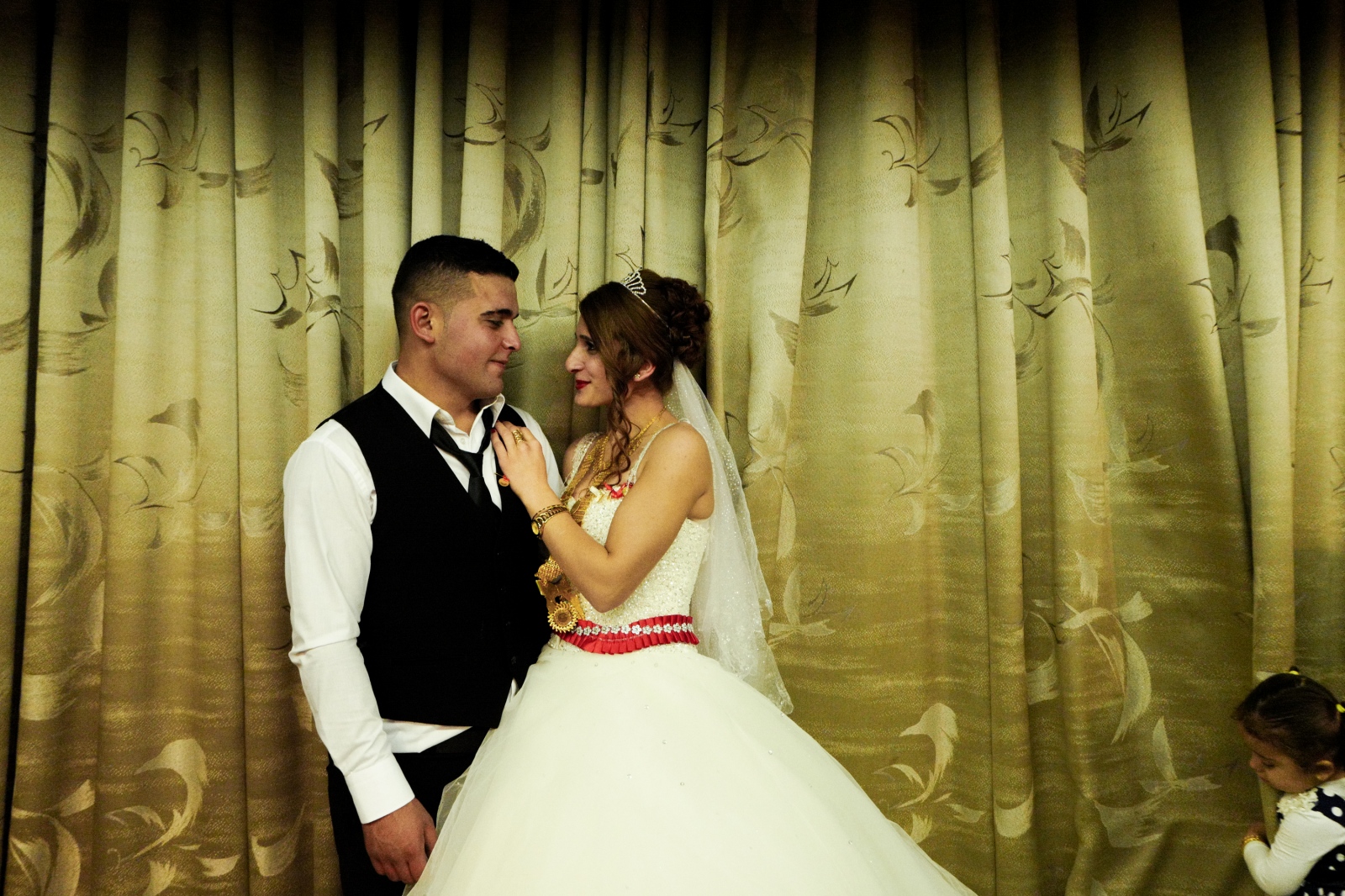 Japan, Tokyo, Warabi, 2017. Yaprak and Cikan Aileleri celebrating their wedding. They organized a typical kurdish ceremony inside a ballroom in Warabi.